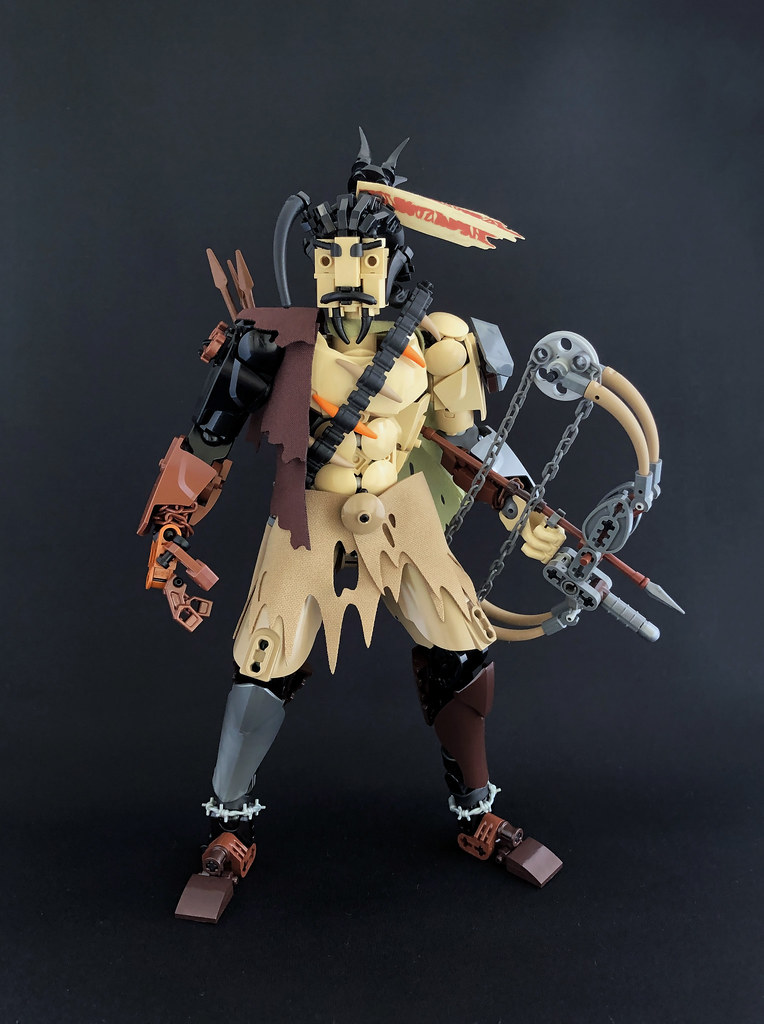 This awesome character build by Matt Goldberg (Ballom Nom Nom) is an entry in the succinctly titled Lego Ideas challenge “Show Us Your Junker-inspired Interpretation of an Overwatch Hero!” Lego sure has a way with words.

I don’t know much about the Overwatch video game, but I know a good MOC when I see one. There’s a restrained, cohesive color scheme which nicely balances out the asymmetry of the model. The faux torn cloth pieces convey a rugged look. And this has got to be one of the coolest brick-built bows I’ve ever seen.

There are also some really nice techniques in the head. Several black mechanical arm pieces are used for pulled-back hair. Hand pieces serve as eyebrows. A sausage and 2 claw/horn pieces make up the facial hair. And there’s a really cool cheekbone effect achieved with the combination of the headlight pieces (which form the eyes) sitting atop the 1×2 rounded “log” pieces. 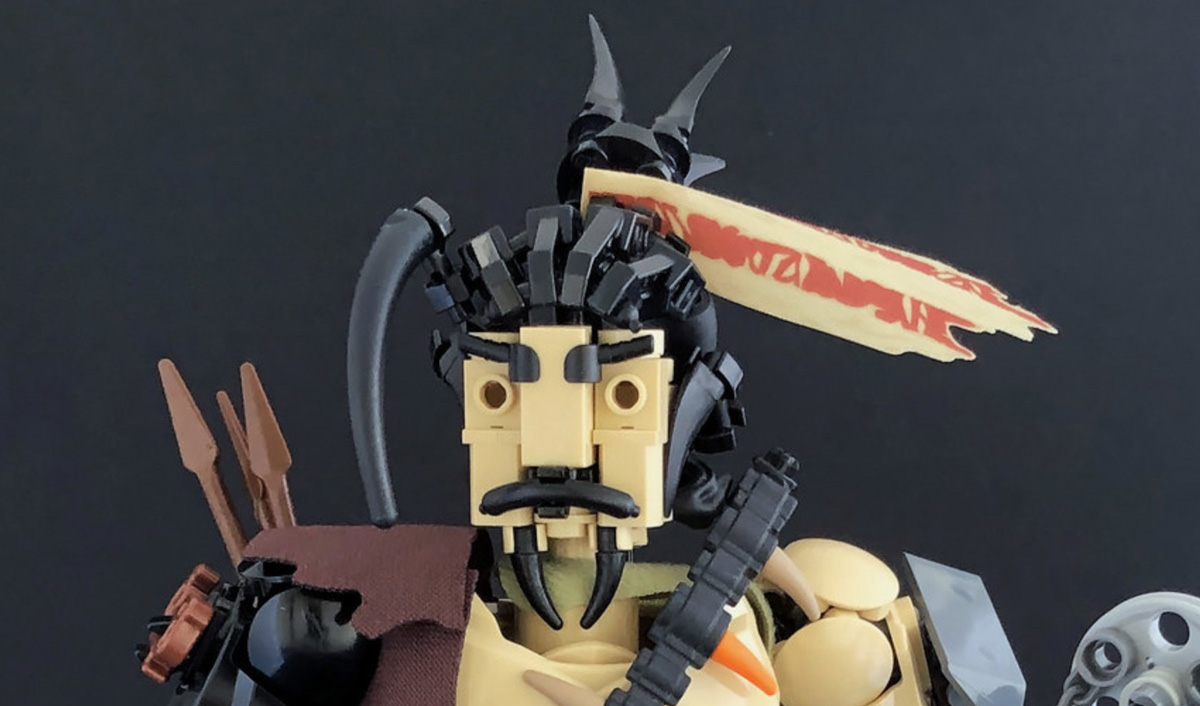