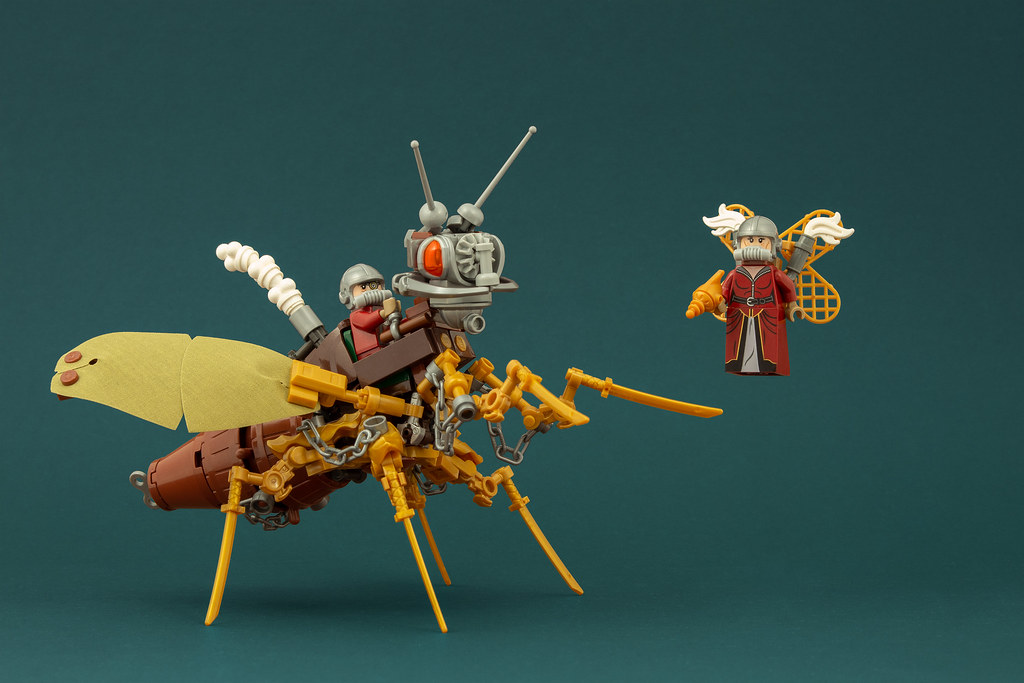 Master of NPU, Jonas Kramm (Legopard), is at it again. This time with a steampunk version of The Ant-Man and the Wasp. Which isn’t the first time Jonas has built steampunk superheroes.

Geantelman & the Steam Wasp is an entry in the Steam Heroes contest on Rogue Bricks. It’s a German site, but even if your deutsch is schlecht, you can scroll through the contest forum posts and click the links to see some other cool builds. One of my other personal favorites is the Doc Cog (Steampunk Spiderman) build by Lego designer Markus Rollbühler. Gut gemacht!

But back to the steampunk superheroes at hand… The part usage on the insect face is so incredibly clever and effective. The hard hat for the mouth and the fencing swords for antennae are superb. I’m not even sure what element(s) the eyes are made from, but they look great. And the golden swords for the legs provide a very natural insect-like shape. I also love the window inserts as wings on The Wasp.

The overall color balance is very nice and the background color is the perfect choice to showcase the colors of the build.