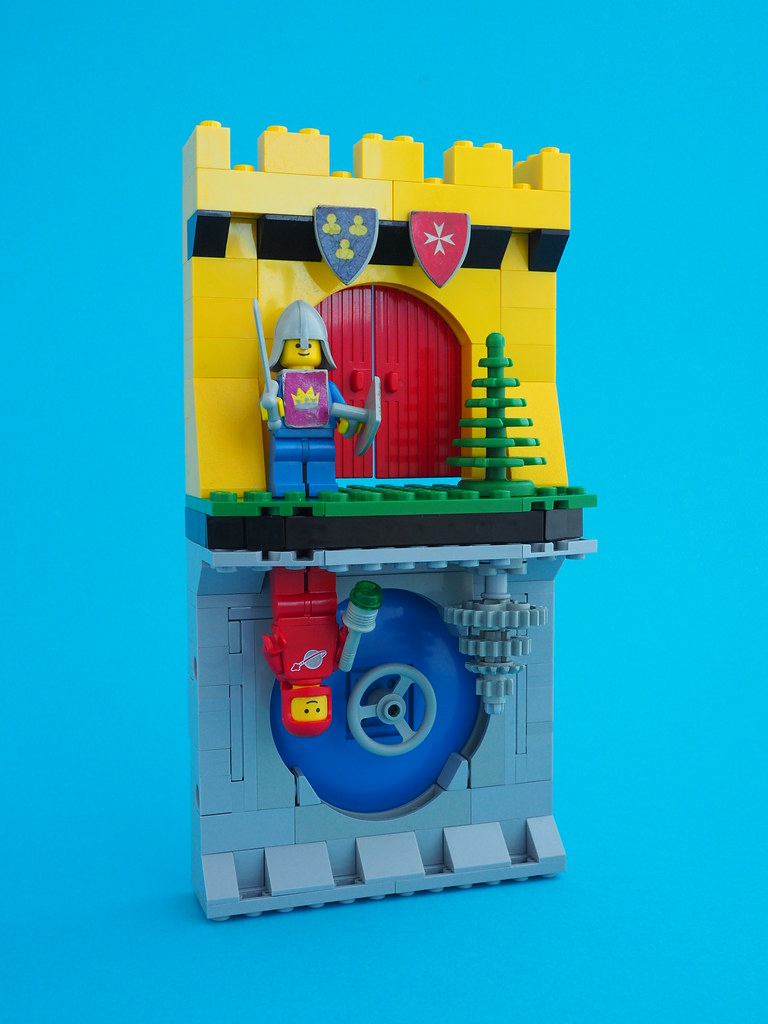 Classic Castle meets Classic Space in an ode to Stranger Things. It’s what nobody ever expected, but everybody wanted. This piece is built by David Roberts who was taken aback by its quick popularity on Flickr. He even mentioned on the comments thread:

“I’ve been really surprised how popular this little build has been . It was just a fun idea I had, eating my dinner and thinking.”

There’s no mind bending new techniques, super tricky parts usage or fancy camera tricks (although it’s a great shot). But none of that is necessary. What is here is a really great idea executed tastefully and a ton of nostalgia.

And for those of us who grew up on Classic Space and Classic Castle; we were playing with it in the early to mid 80s. The same era of the Stranger Things shows. So to pull all these elements together while riffing on approach of the official LEGO Stranger Things set really brings it full circle.

Aside from being a neat idea, this build has some nice pattern and color rhythm to bring the castle side and space side together. The repetiton of red in the castle door and the astronaut is definitely the biggest standout. But there’s also the blue in the space door and the knight’s outfit. Light gray is repeated on both sides. And there’s the little touch of green in the space figure’s gun which repeats the green in the castle scene.

Rhythmic shapes include the slope pieces on both sides and the arched castle gates and round space door. And of course there’s the mysterious space gear tree to echo the castle tree. Maybe it’s a big drill bit… Or an impromptu Christmas tree… Or maybe the astronaut just wanted to liven up the place a bit.

And I couldn’t resist doing this… 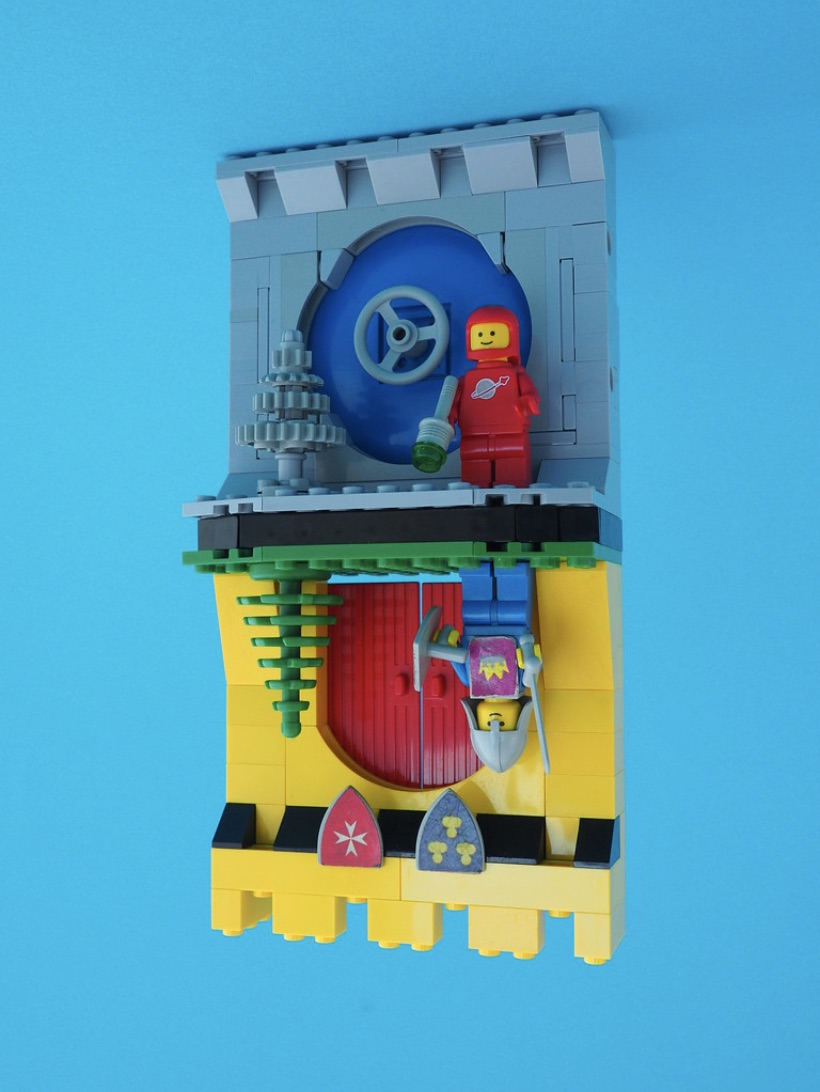