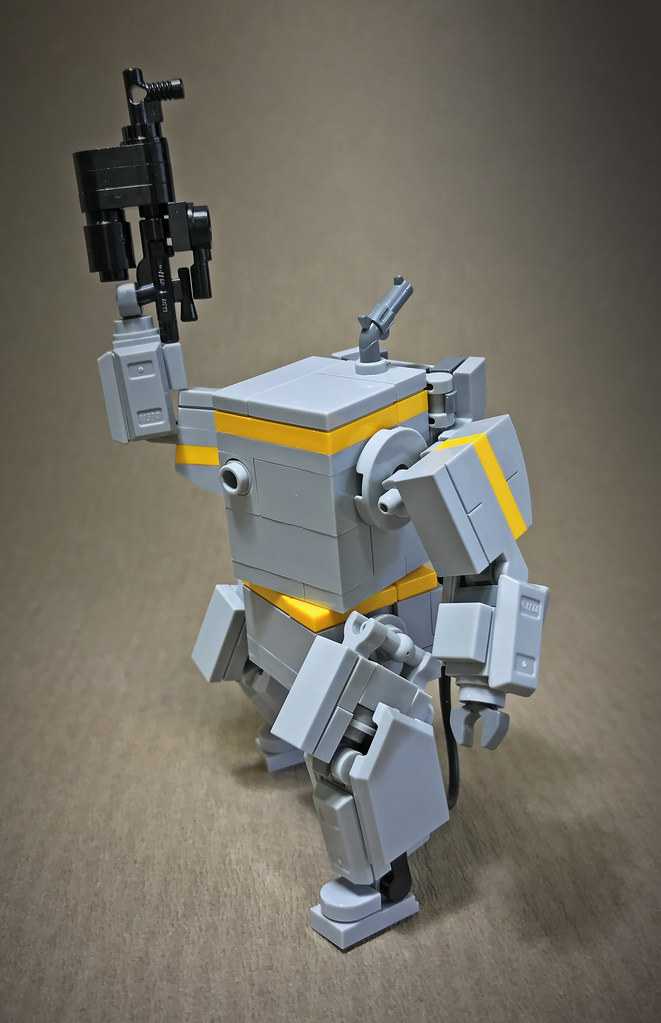 Every now and then a weird and wonderful MOC comes along. And this boxy little robot is one of those MOCs.

This is somewhat of a departure for builder Mitsuru Nikaido (ToyForce 120) who most often builds intricately shaped and articulated monochromatic mech animals and robots. But as much as I love those monochromatic masterpieces, it’s always fun to see what happens when a MOC artist (or any artist) takes their work in a different direction.

The signature restraint with color is certainly here; with the yellow (or maybe it’s yellow-orange) highlights breaking things up nicely. And there’s also a fair amount of articulation for such a relatively small build. Most of the articulation comes from part 26047 (Plate 1 x 1 Rounded with Handle)  for the ankles and the pneumatic T-bar (4697b) for the hips and shoulders.

The singular “eye” (or lens perhaps) looks great with its asymetrical placement and gives this robot a lot of character. And of course there’s the pistol coming out of its head which resembles a tuft of hair.

There’s also the imposing brick-built gun and some cool tube greeble detail with the tubes coming from the robot’s back and down to the back of its legs.

Check out the album for several more angles and poses.